Music in the Classroom

By Deann Marin at The Best of Teachers Entrepreneurs II

Music has always been very near and dear to me so this is a great topic to write about. From day one of my teaching career, I used music in my classroom. Even though I’m not a musician, by any means, I can plunk some notes on the piano, and play very rudimentary guitar chords and notes. 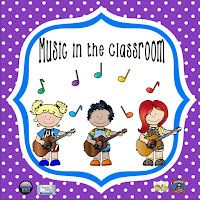 My first job, I was working with mentally challenged teenagers who had very low IQs. I began playing songs on the piano to help them learn, each day we would sing the alphabet song, low and behold they were learning their alphabet letters. They just loved when I brought the guitar into school so we could sing together. Of course, they were the only ones that I would play the guitar for, they didn’t realize that I really couldn’t play. We did have fun.

Each day at 10:00 I would turn on the TV show the Electric Company. I felt that the class would learn more by listening to the catchy little tunes and lyrics for words, letters and numbers, than they would if I used the usual methods for teaching reading and math. Don’t get me wrong, I did use phonics, etc., but for these kids who would never progress much more than a 2nd or 3rd grade level, it worked. They loved it.

A few years later, I had a self-contained class for children with severe psychological problems. They were too disruptive to remain in the regular classroom. Talk about challenging!!! Well, music does calm the savage beast. I would play classical, or quiet tunes and the kids, for the most part, would calm right down. As a reward, I would let them bring in some of their own music to share.

On to middle school to teach 6th grade which is my true love. The language arts program has songs to accompany each new unit.For the beginning of each ELA class they always asked me to put on the CD so that they could sing the song that went with what was being taught. The kids especially loved the Noun Song, the
lyrics and tune was very appealing. They would even walk down the hall singing it and I would hum it to myself. I guess the point that I’m trying to make is, music really helps kids learn and they don’t even realize it. I would also play music during study hall, or while the kids were taking a test to help them relax.

Another interesting way to use music in the classroom is to have them write poetry or do creative writing to classical music. First, have them close their eyes and listen. Tell them to let the melodies take them to a special place. They can then describe it in their work, they can say how it made them feel, or who if anyone was there, what happened, etc. My classes just love this activity and they also like sharing their creations with each other. This also makes for a good bulletin board.

I so enjoyed directing plays with elementary and middle school children.
As I said before, I don’t really play an instrument, so I sought the
assistance of the music teacher who was more than willing to help. We
always had a great time and it amazed me to see how talented some of those kids were. They just shined during the performances and were able to belt out the songs which always gave me chills. Talk about dancing, that was another thing that blew me away. It was awesome to see them move and groove to the tunes. Talk about America’s Got Talent, well, these kids sure had it.

So, as you can see, music can be used as an introduction to a lesson, as a way to help children learn and memorize things. Students can do research about musicians, composers, directors, and write reports about them. They can learn about music throughout history as part of an ancient history unit. If you’d like to see more ideas about how to integrate music into the curriculum. Here is a link to a great website:
http://www.songsforteaching.com/suefenton/extendingsongs.htm

I’ve created a Back to School Binder that will be using the song
“Getting to Know You.” from Rogers and Hammerstein's hit musical The King and I, as a stepping stone to help make students feel at ease while getting to know each other. 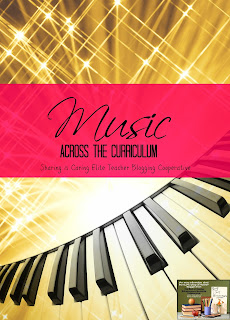 An InLinkz Link-up
Posted by Socrates Lantern at 7:15 AM