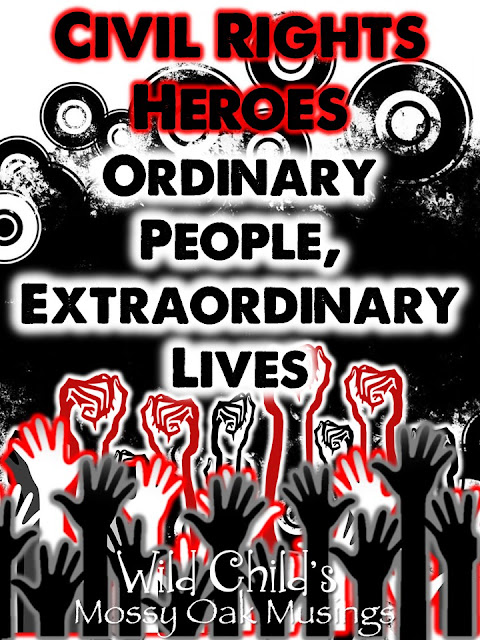 A hero is an ordinary individual who finds the strength to persevere and endure inspite of overwhelming obstacles.

Ask any kid about heroes, and he or she will rattle off names like Batman or Superman, or a list of professional football or hockey players' names. And yet every January when my team and I begin teaching our civil rights unit, my kids view King, Mandela, Gandhi, Helen Keller, and other activists with round eyes. Whenever we read a biography or picture book about these people, I can see my fifth graders mentally placing superhero capes over the shoulders of these activists. 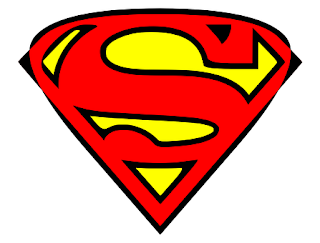 And why not? They made remarkable strides in the civil rights fight. I've come to question if that really is beneficial for my students, though.  Hear me out. Heroes are important. The belief in heroes can foster hope in otherwise hopeless situations. But I can't help but think that it's important for kids to know their heroes as people. When students are able to look past the epic accomplishments of their heroes to the human beings underneath the capes, they find real people, often with humble beginnings who accomplished great things for the common good. In doing so, my students can see what they might have in common with these activists and realize that these ordinary people were capable of greatness, and if they were, wouldn't my kids be capable of greatness, too? Wouldn't they be able to be thoughtful citizens who speak up when times call for it?

So how do I get my fifth graders to look at the human beings instead of the superheroes? We use a little character theorizing and close reading. Last week, my students and I spent the week reading excerpts from three of Dr. King's speeches: "I Have a Dream," "The Other America," and "I've Been to the Mountaintop." My kids had only heard and read "I Have a Dream."

On the first day, we read an excerpt from "The Other America." I read it to them, and they highlighted words, sentences and phrases that stood out to them. We discussed the speech and then we completed a "Step Inside" thinking routine. We identified the things that Dr. King perceived or observed and backed it up with evidence from the speech. Then we inferred what he believes and thinks about America, again based on evidence. In the third step, we identified what it is that Dr. King wanted or cared about.  Finally, I asked my students to work in small groups to write a theory about who Dr. King really was, based on his words. 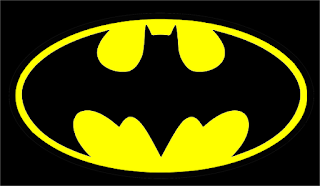 The next day, we read an excerpt from "I Have A Dream." I introduced it the same way. This time however, we used the thinking routine Sentence-Phrase-Word. In this routine, readers choose one sentence, one phrase, and one word from the speech that impacted them. We shared their choices with partners, and then we recorded them on chart paper. We used their collective thinking to discuss and revise our theories about Dr. King.

On the third day, we read "I've Been to the Mountaintop." I introduced it in the same way, and students did the "Step Inside" thinking routine again. Finally, we rewrote our theories about Dr. King. My students noticed that each speech had a different tone. They thought that "The Other America" sounded angrier than the other two. Some commented that "I Have a Dream" seemed full of hope, but that "Mountaintop" was hopeful but very fiery. As a class, they decided that the "Mountaintop" speech was the most powerful out of the three because of his word choice.

Over the next two days, we created black-out poems using the speech excerpts we had read together in class. Each student chose her favorite speech, circled words that were essential, outlined those words in black and then created artwork around them. The results were beautiful. 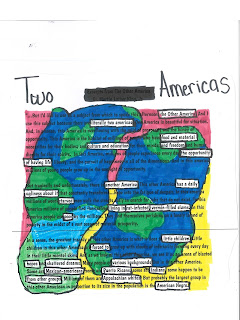 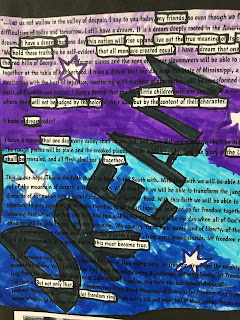 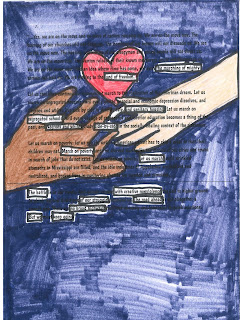 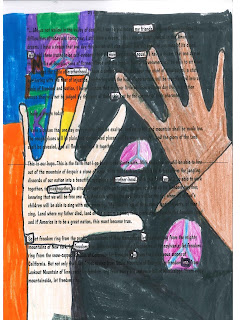 In the end, I think my students have a greater understanding of who Martin Luther King, Jr. was, and they know that his humanity was his greatest asset. More importantly, they realized that they have some of those same capabilities.

Interested in using the mini-unit I described in this post? You'll find it and some others to help you plan for Black History Month and your civil rights studies. 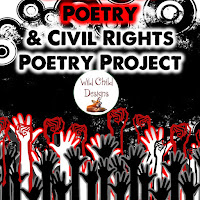 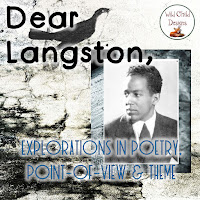 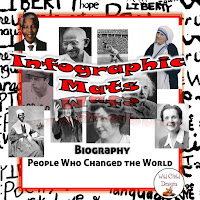 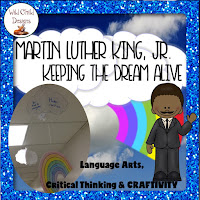 Posted by Wild Child’s Mossy Oak Musings at 7:19 AM