Did You Know That Writing New Year's Resolutions Are Ancient History?

By Deann Marin of Socrates Lantern

Did you know that writing New Year’s Resolutions dates back to around 4000 years ago? 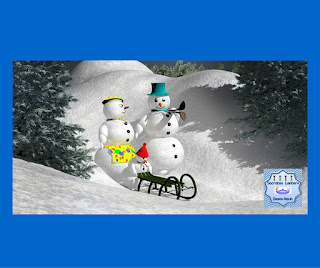 At the beginning of the new year, the Babylonians made promises to their gods to return borrowed items and to pay off their debts.  Back then, the new year didn’t begin on
January first, it started in mid-March because that’s when spring begins and crops are planted.  It was important for them to keep their promises and please their gods so that the crops would grow and they would have a good harvest.  The Babylonians believed that an angry god would cause hardships and they didn’t want to take the chance so they made sure to keep their resolutions.

This practice was carried over to the Romans who offered resolutions of good behavior to their god Janus who represented “beginnings and endings. “ Janus looked back at the old year and forward to the new.

During Medieval times, the knights started their year by taking the “peacock vow,” which
acknowledged their commitment to chivalry.  The Christians  understood the first day of the new year was to be spent pondering their past mistakes and vowing to improve during the next year. The majority spent the night praying and making these promises at their Watchnight Services.

There are other parallels found throughout the world. One example cais in the Jewish religion. During the Jewish New Year of Rosh Hashanah, and  Yom Kippur or Day of
Atonement, they are to think about their wrong doings and hope for forgiveness of these sins.

Now-a-days, we make promises to ourselves, rather than to the gods. Though many of us have the best intentions, we rarely are able to keep our resolutions. Perhaps because we know that the gods won’t punish us for our failure..

With this in mind. I’ve created a  No Prep New Year’s Resolution Writing Activity for Middle School.  A great way to start to begin the first few days of the new year with yourstudents.   If they make resolutions that they know they can keep, they will feel as if they've accomplished something throughout the year.

Posted by Socrates Lantern at 11:39 AM