By Deann Marin of Socrates Lantern 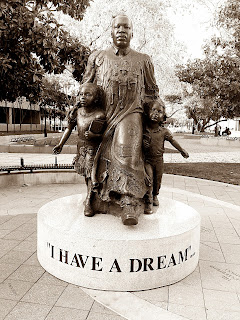 As a child of the 60’s I remember so vividly that fateful April day in 1968 when Martin Luther King Jr. was brutally gunned down by James Earl Ray. I remember sitting by the television set, just horrified by what I had just witnessed. Thoughts kept racing through my mind about our freedom, I just couldn’t understand why such a heroic person was dead because he had “a dream.” When Bobby Kennedy was murdered in June of that year, again I sat with disbelief as I watched his assassination, live, on the television. Their deaths as well as the killing of John F. Kennedy in November of 1963 were the turning points in our lives. I felt enraged that these things could happen in our day and age.

In January,  we remember Martin Luther King Jr. and what he stood for. Equal rights, de-segregation, tolerance of other races are essential especially now-a-days with so much persecution of human beings.

It is so important to stand in another’s shoes and feel what they have felt. The old adage "one picture is worth a thousand words," is so true, you can discuss racial injustices, but to actually see a film about it will bring it to life. An excellent flick that will get this point across to your student is Selma.  After viewing it, have an open discussion about it. Have the children role play different people from the film, such as Dr. King, Coretta King, a black/white civil rights marcher, a black person living then, Annie Lee Cooper, President Lyndon B. Johnson, etc. Finally, have them write a paper from the perspective from one of the characters they encountered in the film.

I’ve just finished a Martin Luther King Jr. History and Literacy Bundle with many activities that you can use with your 5-8 grade classes. Here is a study guide with historical facts about him.

Thanks for stopping by
Deann 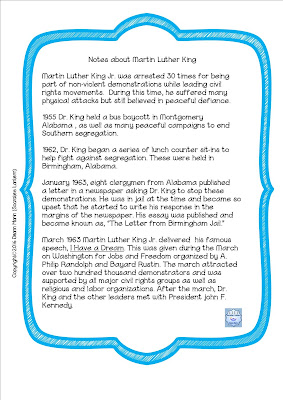 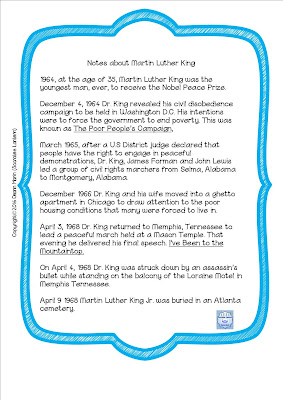 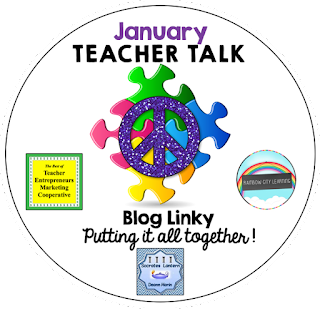 This is part of The Best of Teacher Entrepreneurs Marketing Cooperative's January Teacher Talk Linky Party. Be sure to read other members' blog posts by clicking on the following links.

An InLinkz Link-up
Posted by Socrates Lantern at 11:06 AM